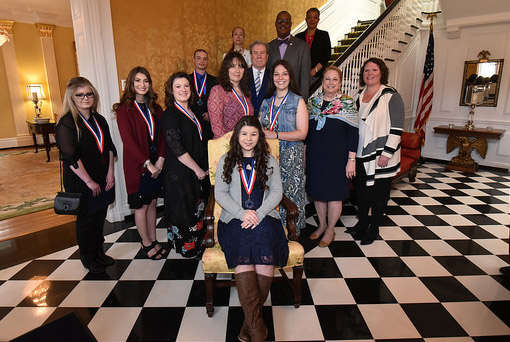 The 20 All-West Virginia Academic Honorary Team members for 2018 from throughout the state were honored at a ceremony in the Governor’s Mansion at the State Capitol on Wednesday, April 18. Team members were presented a certificate of excellence by WV Council for Community and Technical College Education Chairman Bob Brown and a medallion by First Lady Cathy Justice.

“The Governor and I congratulate their achievements and look forward to them accomplishing great things in the future,” First Lady Justice said.

Also in attendance to honor the students was Chancellor of the WV Community and Technical College System Dr. Sarah Tucker.

“We love having the opportunity to lift these students up for their achievements in academics and for their dedication to bettering themselves and their state,” Dr. Tucker said.

Laken Cyrus was also recognized by the Council for receiving additional awards of excellence and a scholarship sponsored by The Coca-Cola Foundation, Coca-Cola Scholars Foundation and Phi Theta Kappa (PTK). She was recognized as a New Century Transfer Scholar and was invited to be recognized at the PTK President’s Breakfast during the American Association of Community Colleges conference in Dallas, Texas.

PTK is the largest honor society in American higher education with more than 2.5 million members. It serves to recognize and encourage the academic achievement of two-year college students and provide opportunities for individual growth and development through honors, leadership and service programming. 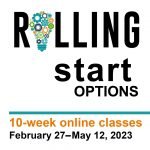